This post was originally featured on cogitat.io and is being reblogged here as an experiment. This repost is an adventure into GitHub pages as a blogging platform for code-heavy posts. For year, I have found Google's blogger.com cumbersome as a medium for sharing code. The burden has finally grown too great. It makes sense to use the same platform to share the prose description of code as that which shares the code itself (i.e., repositories and README files). I can only imagine this will be much less painful than creating gist code snippets and tweaking them in blogger. As a bonus, code should now appear in RSS/Atom feeds :-) 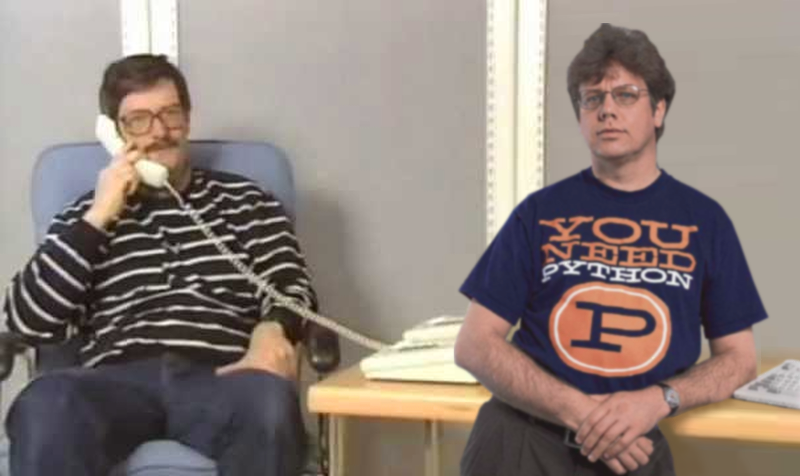 This blog post is one I've been wanting to get out there ever since I ran across the erlport project a few years ago. I'm glad to finally have the chance to sit down and get it out there. I hope that more people who need to take advantage of Python's strengths from Erlang/LFE find out about this project.

Erlang was built for fault-tolerance. It had a goal of unprecedented uptimes, and these have been achieved. It powers 40% of our world's telecommunications traffic. It's capable of supporting amazing levels of concurrency (remember the 2007 announcement about the performance of YAWS vs. Apache?).

However, with this knowledge in mind, a common mistake by folks new to Erlang is to think these performance characteristics will be applicable to their own particular domain. This has often resulted in failure, disappointment, and the unjust blaming of Erlang. If you want to process huge files, do lots of string manipulation, or crunch tons of numbers, Erlang's not your bag, baby. Try Python or Julia.

(There are sooo many other options for the use cases above, many of them really excellent. But this post is about Erlang/LFE :-)).

Traditionally, if you want to run other languages with Erlang in a reliable way that doesn't bring your Erlang nodes down with badly behaved code, you use Ports. (more info is available in the Interoperability Guide). This is what JInterface builds upon (and, incidentally, allows for some pretty cool integration with Clojure). However, this still leaves a pretty significant burden for the Python or Ruby developer for any serious application needs (quick one-offs that only use one or two data types are not that big a deal).

erlport was created by Dmitry Vasiliev in 2009 in an effort to solve just this problem, making it easier to use of and integrate between Erlang and more common languages like Python and Ruby. The project is maintained, and in fact has just received a few updates. Below, we'll demonstrate some usage in LFE with Python 3.

If you want to follow along, there's a demo repo you can check out:

Change into the repo directory and set up your Python environment:

Next, switch over to the LFE directory, and fire up a REPL:

Note that this will first download the necessary dependencies and compile them (that's what the [snip] is eliding).

Now we're ready to take erlport for a quick trip down to the local:

Perhaps in a future post we can dive into the internals, showing you more of the glory that is erlport. Even better, we could look at more compelling example usage, approaching some of the functionality offered by such projects as Disco or Anaconda.