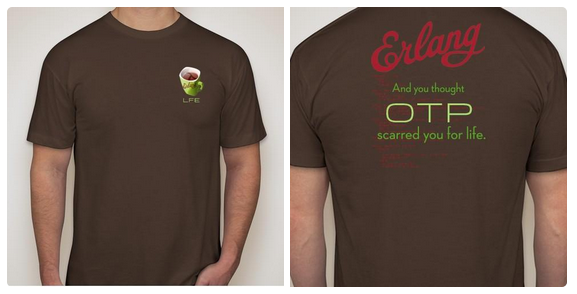 The new LFE T-shirt is designed and awaiting more sign-ups! We're about 1/4 of the way (Update: now 1/2!) to the minimum pledges required. If you'd like to order one or ten, you may do so here. For more information on the process, read on …

Even though the tweet announcing the new T-shirt was back in July, you haven't lost your chance to get the new shirt :-) A lot was going on during the summer and fall, and let's face it, who's going to do anything during the winter? But, it's the first day of spring, so we have no excuses any more: it's time to get this puppy re-started! 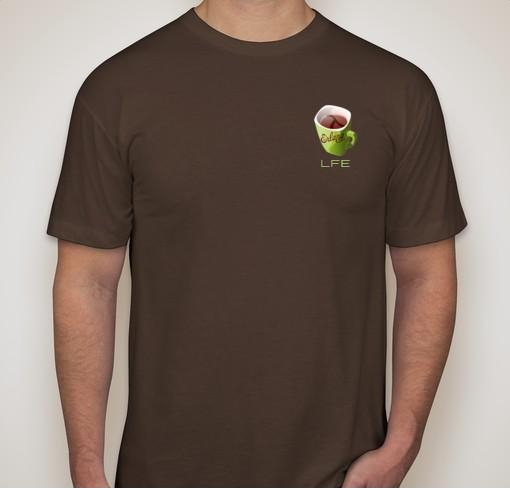 Step 1: In order to get the price offered by Custom Ink ($28), we need 40 t-shirt "pledges" in the sign up form. And by pledges, we just mean listing your size(s) and how many you want; payment comes later.

Step 2: Once we've confirmed that enough T-shirts are desired, we'll start emailing everyone who has pledged, letting you know it's time to Pay the Pal :-)

Step 3: As soon as all shirts are paid for, we'll place the order with CustomInk.

Step 4: When the shipment arrives, we'll mail each of you your T-shirt orders.

At each step of the way, we'll keep you posted on status. We used this approach last time, and it worked out well – we got lots of pictures of happy hackers with their LFE T-shirts :-)

More About The T-Shirt

The front of the shirt has the LFE logo (high-octane λ-amrita) over the left breast (keeping LFE close to your heart). The back of the shirt has a watermark of an LFE translation of the Erlang ring benchmark used on the Computer Language Benchmarks Game site:

Then, emblazoned across the shoulders is the classic "Erlang" script logo. Underneath that is a reference to the closing comments of "Mike Williams" in Garrett's Erlang The Movie II: The Sequel. (The images in this post are linked to larger images of the T-shirt, should you want a closer look.) 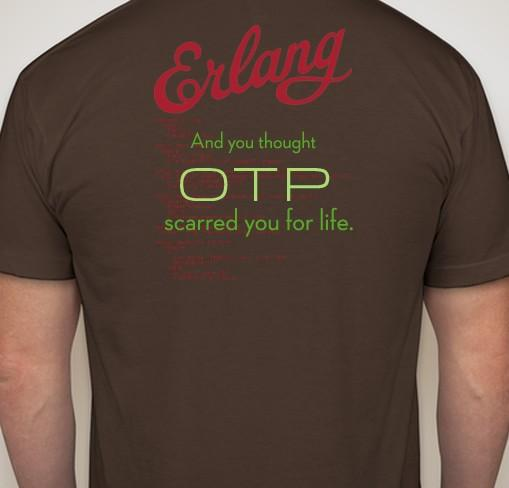 So, sign up now, and let us know you want a limited-edition LFE T-shirt (there are only about 20 of the first LFE T-shirts made … they're so rare, they don't even show up on eBay!).

The Future for LFE T-shirts?

We have a ton of great ideas for LFE t-shirts, and we'd like to be able to iterate on these more quickly. CustomInk is amazing (brand-name shirts, long-lasting prints) but they are pretty expensive and require larger orders for higher color counts (and to get the price down so that we can cover the shipping costs).

As such, we're going to look into various local venues which might be able to offer a better deal so that we can get these out to you in a more timely manner, without community members having to queue up around the world every six months ;-)