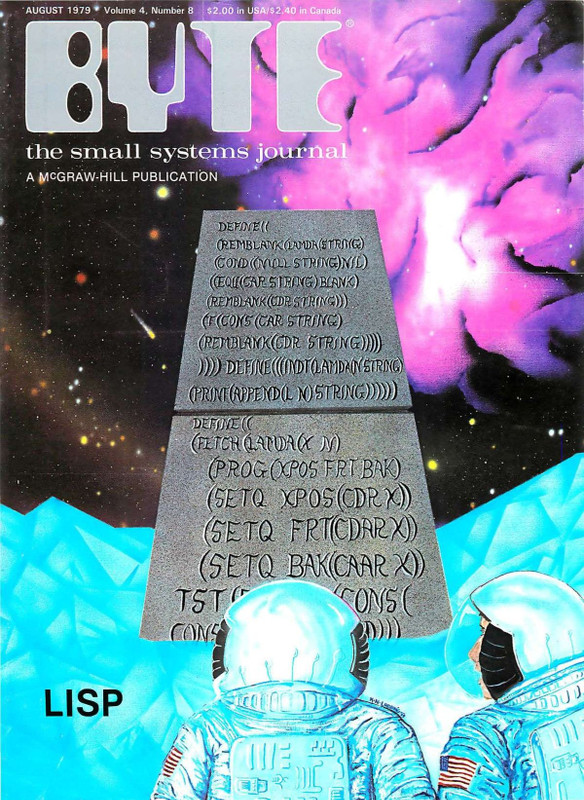 The image from this post is from a tweet by Paige Bailey (@DynamicWebPaige). It's from the August 1979 issue of Byte which was focused on Lisp. The table of contents is here and includes such articles as:

The issue also appears to be available on archive.org.

After finding a larger resolution image, I couldn't resist doing a little Lisp archaeology :-) Here's a transcript of what I can see:

I will need the assistance of Rainer Joswig for some bits, but here are some initial notes:

Update from Rainer Joswig: he mentioned that we should be sure to check out a web page that discusses running old Lisp programs on Common Lisp.

The structure of the first two functions will be more clear if we reformat the original:

Here's what these functions would look like in a modern Lisp (entered in the LFE REPL):

Now let's take them for a spin!

That keeps the form fairly similar to what the original is. But we could make some additional changes to bring it more in line with Erlang/LFE:

This is interesting as a port for LFE, since LFE preserves the list-ness of strings (thanks to Erlang) as McCarthy's Lisp of 1962 did: list functions may be used with strings without problem. As you can see, this is what the original REMBLANK function expects.

To port this to Common Lisp, one would have to do a little more work (such as using subseq instead of car and cdr).